Thanks to a major car accident (no one hurt thankfully and totally not my fault), my Nissan Pathfinder 2002 starting to fall apart. The accident repairs didn't go too well and the car started to exhibit serious problems including a dead ABS system. Repair estimate was in the few grands (more than 50% of the car market value). Heading into winter, the decision was made to bite the bullet and get a new car.

I heard about the Nissan Pathfinder 2013 from a Nissan dealer. It is a complete redesign of the previous 2012 model (third generation) he indicated. It is more of a crossover than heavy duty SUV. Technically speaking, it will move away from a body on frame truck-based SUV and adopt a unibody design. Wait a second! my original 2002 (second generation) was a unibody design and was redesigned in 2005 to a body on frame truck based SUV. So it's a full circle. I was thrilled as I never liked the third generation model anyway.

After a relatively short negotiation with Nissan Prestige dealer (in October 2012) and what I perceive as a good deal (including installed winter tires) and much longer waiting delivery period (early November 2012), I became the proud owner of a 2013 Pathfinder Platinum Edition (top model but opted out of premium package which includes panoramic sunroof and built-in entertainment system both of which are meaningless to me and my wife).

It was such a confortable transition from my old to new car. They both have the same engine, suspension, fuel consumption and drive feel. The controls are similar even though the two cars were from different packages.

The were two major differences. One is that the initial acceleration requires a second or two before kicking in and two is better grip feel I got from my old car (perhaps due to the difference in tire size going from 16 to 20").

I love my new car and for my growing family of 3 kids, it is the perfect family car (if such a thing exists). I look forward to many years of using it. 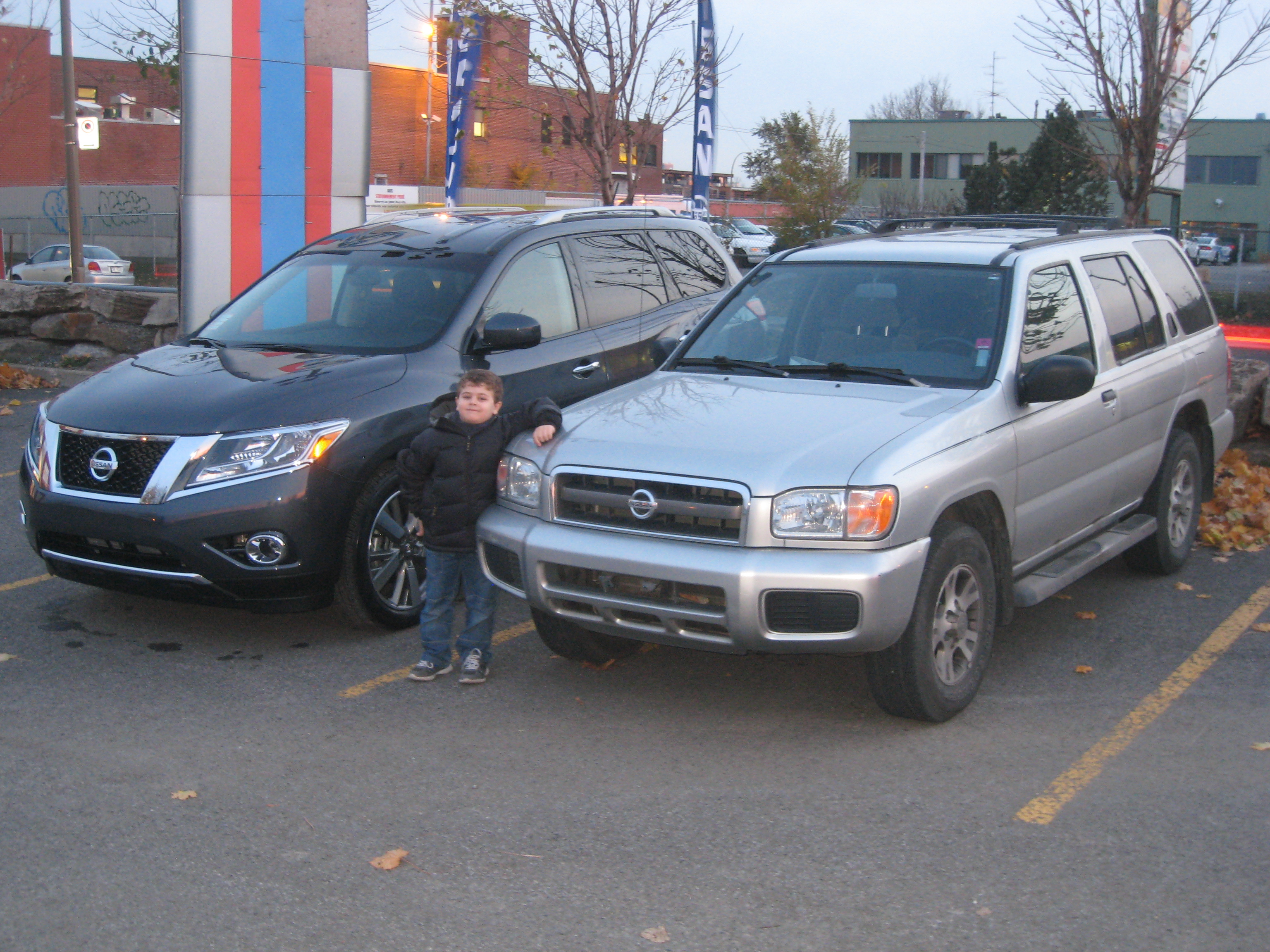